I’ll Have What She’s Having: How Social Situations Influence Our Eating 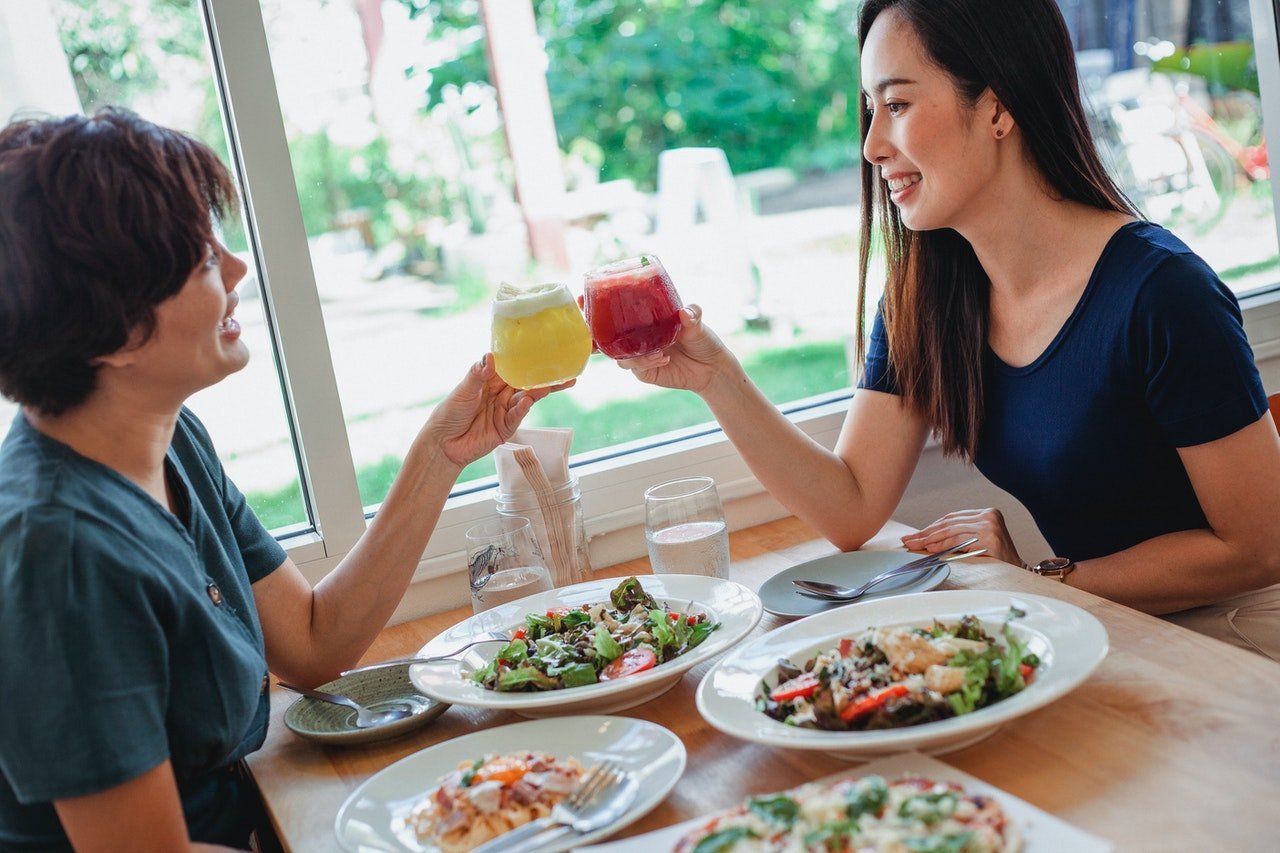 Have you ever noticed someone yawn and then felt an irresistible urge to yawn, too?

Something similar happens when we eat with other people; we see them take a bite of food, and we find ourselves doing so at the same rate. This is called behavioral modeling. Behavioral modeling is when someone imitates another person’s actions. We may do this on purpose or without even realizing it. We may not be able to completely avoid being influenced by other people, but if we are more aware of this tendency, we can take action to direct our own choices in ways that serve us best.

How Other People Influence Our Food Choices

We tend to be influenced by the food and drink choices of those most directly around us. Studies have found that when eating with another person, we are likely to take a bite or sip immediately after the other person. One study even found that people watching a movie were more likely to take a sip of their drink immediately after the character on screen sipped a drink. This means that we may eat and drink more food than we intend to if the people around us are eating and drinking more (1).

Our surroundings matter in our food choices, too. We are more likely to copy the eating behavior of our companions in settings where we are less sure of how much is “normal” to eat.

Researchers think we imitate other people’s food choices because we feel that it builds a sense of connectedness with the other people, or because we want them to like us (1). This may be beneficial in situations where the people we admire are making healthy choices. Recently, more than one celebrity athlete has made worldwide headlines by publicly pushing aside soda or beer in favor of water (2).

What do we do when the people around us are not making the healthiest choice?

Now that we know some factors that influence our choices, we can take action to own our food behaviors. Here’s a few steps to help you get started.

Remember that “normal” is just a setting on the dryer.

This is an old saying that still rings true. Just because we think “everyone else is doing it” does not mean that we need to do it, too.

Pause before making a food choice to ask yourself if you are choosing a food because it aligns with your goals or because someone else is eating it.

Surround yourself with healthier choices.

The other people in your social circle may not have the same goals as you, and that is ok! Keep something near you in your daily life that reminds of why your health goals are important to you.

Be a good influence for someone else.

Your healthy choice may be supportive to someone else who has a health goal, too.

As social beings, we are influenced by other people all the time. As we become more aware of how our social situations can influence our behavior, we can become more able to make choices that support our goals.